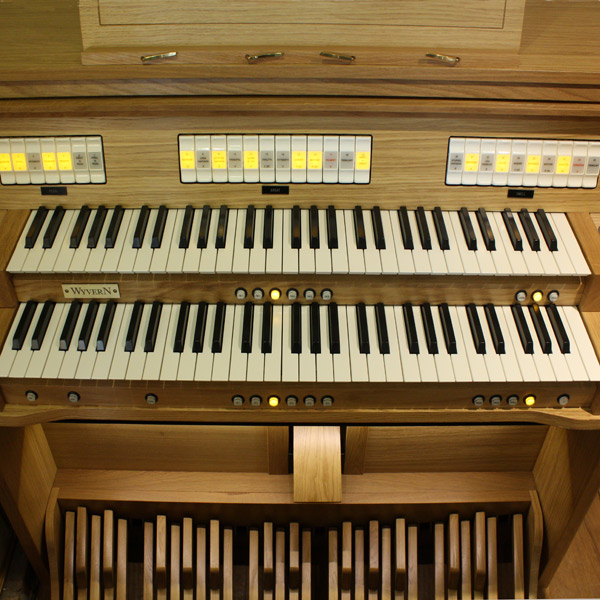 The new Minuet is designed for the home or for the smaller church. It has a compact console similar to the Sonata and so is ideal for home practice especially if space is limited. Despite its modest size this organ has two full compass 61 note keyboards and a 30 note fully polyphonic, radiating and concave pedalboard.

This organ has a carefully chosen specification of 24 speaking stops the emphasis being on the quality of tone rather than an extensive stop list. In addition to the British specification there are three other alternative specifications: French; German and Dutch. This new version of the Minuet now sports individual departmental pistons as standard. Generals and toe pistons can also be added at additional cost.

The audio system is also impressive; even in standard internal configuration the organ has ten speakers over six audio channels that enable the ranks to be divided.  A "split-semitone" system is also used to give movement to the sound – just one of many inbuilt features that help produce the character of a pipe organ!

The rugged console has an abundance of solid oak including the locking roll top that gives the organ an air of quality. The expression pedal is a robust construction with wooden shoe. 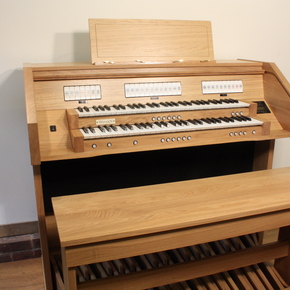 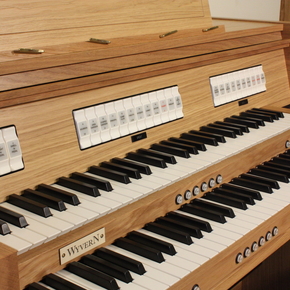 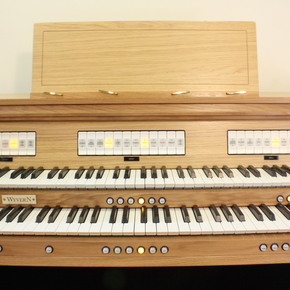 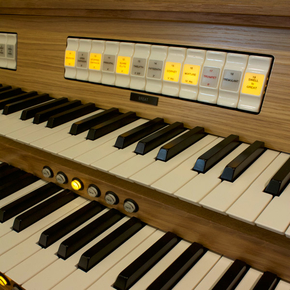 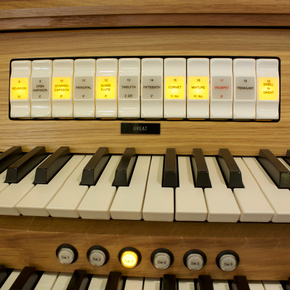